We can not adequately express how truly grateful we are for the outpouring of love and support we received on behalf of Nash and his education. Because of your generosity in late February, Nash was able to attend the British International School of Zagreb! He has done so well and it's almost like having a new kid at home (or maybe more of the old Nash)! For the past couple of months he has continued to learn from home thanks to online instruction from his tremendous teachers. We're hopeful he'll be able to physically return with his fellow students in the fall.

Before his move, Nash was beginning to struggle with his classes at his Croatian school in a way we hadn't seen before. His mood changed dramatically. His stress levels were getting so high that it was negatively affecting his blood glucose levels. He would come home physically, mentally, and emotionally exhausted and the stress of it all would cause his blood sugar to skyrocket. We were struggling to manage his diabetes.

As parents you only want what's best for your kids and there were several variables at play that were contributing to Nash's situation. We knew we couldn't change where we lived. Croatia is our home. We also couldn't change his diabetes. But we could do something about his school situation. So after exploring a couple of options including hiring a private tutor (to no avail!) we were prompted to look into private schools with English instruction.

Of the four schools that offer instruction in English only one in Zagreb had an opening in Nash's grade.  The principal of BISZ invited Nash to come spend the day with the 5th grade class. When we picked him up that afternoon he informed us that he had the best day ever, he loved the school, and that he had made a new best friend. Leave it to Nash to make a new best friend in one day! 😊

Nash is blessed to be surrounded by so many friends from all over the world... Croatia, Egypt, Nigeria, Italy, Venezuela, and Saudi Arabia. If you know Nash, you know that he absolutely loves all of the diversity! He revels in it.

In March (before schools in Croatia were shut down) at a school wide assembly Nash was recognised by the principal as a great new addition to the family at British International School in Zagreb. Again, thanks from the bottom of our hearts for making this possible! 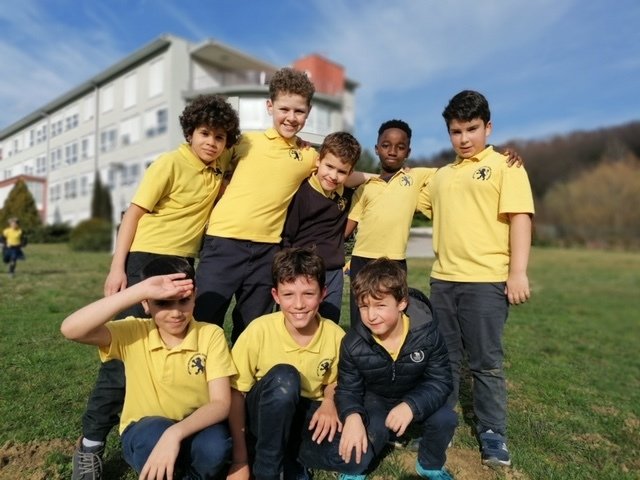 We're Moving!
Happy Easter. He is Risen!
Together is better